BRCA1 Gene: Is the morning after pill also a cancer shadow for women? 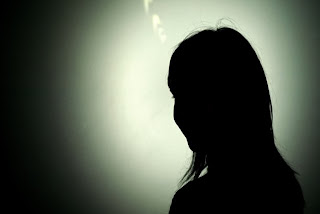 Angelina Jolie, in a New York Times op-ed, revealed that she has the mutated BRCA1 (pronounced brak-uh) gene, a condition that gave her an 87 percent chance of developing breast cancer. Jolie, whose mother died from the disease, decided to undergo a preventative double mastectomy in February: “I can tell my children that they don’t need to fear they will lose me to breast cancer.”

She closed her piece with this statement: “I choose not to keep my story private because there are many women who do not know that they might be living under the shadow of cancer.”

Although Jolie was referring to the estimated five percent of women who also carry the defective BRCA1 or BRCA2 gene, 12 million women in America live under the shadow of cancer for a reason that neither media nor the medical community wants to talk about — the proven link between breast cancer and contraceptive pills.


Florence Williams at Slate reported in 2010, “Last summer, in a study of more than 50,000 African American women, Boston University epidemiologist Lynn Rosenberg found a 65 percent increase in a particularly aggressive form of breast cancer among those who had ever taken the birth control pill. The risk doubles for those who had used the contraceptive within the past five years and had taken it for longer than 10 years.”

LifeSiteNews reports that Dr. Angela Lanfranchi, a breast surgical oncologist and cofounder of the Breast Cancer Prevention Institute, calls the pill a “Molotov cocktail” for breast cancer. She points to several statistics, which she writes include “a 2006 Mayo Clinic meta-analysis that concluded that breast cancer risk rises 50 percent for women taking oral contraceptives four or more years before a full-term pregnancy. In 2009, the Fred Hutchinson Cancer Research Center found that women starting the pill before 18 nearly quadruple their risk of triple negative breast cancer. Even more shocking, Swedish oncologist Hakan Olsson concluded that pill use before the age of 20 increases a young woman’s breast cancer risk by more than 1000 percent.”

Lanfranchi also cites the International Agency of Research on Cancer: “In June 2005, 21 scientists of the World Health Organization’s International Agency of Research on Cancer met in France. After careful review of the world’s literature, they declared that estrogen-progestin combination drugs used in the birth control pill and hormone replacement were carcinogenic not only for breast, but also for cervical and liver cancers as well.”

Irwin Goldstein, director of Sexual Medicine at Alvarado Hospital in San Diego, says, “From a doc’s point of view, the pill is so easy.” The outspoken critic adds, “You give it to a freshman in college, and you don’t have to worry about her getting pregnant. It’s good for society, and if there are side effects, too bad.”

Our government’s last big brother brainstorm was to insist that our sex-hungry children needed the Gardasil vaccine to protect them from human papillomavirus. Dr. Peter Lind, writing for the Washington Times , reports that the National Vaccine Injury Compensation Program (VICP) “has awarded $5,877,710 dollars to 49 victims in claims made against the highly controversial … vaccines.” Twenty-six young, previously healthy, girls are dead after Gardasil vaccination in just one year.

Now the FDA is pushing freer access to Plan B, the so-called morning after pill, to girls as young as 15. A federal judge says even that does not go far enough, noting that “in 2011 the FDA already recommended that Plan B One-Step be available over the counter to women and girls of all ages.” Plan B and other so-called emergency contraceptives (actually abortifacients) contain a massive dose of the same carcinogenic artificial hormones in the pill.


Because their breasts are still developing, teenage girls are the most susceptible to the pill’s carcinogenic effects, says Lanfranchie.

Not every study links the pill to increased breast cancer rates, but as Williams said, “That doesn’t excuse the media and many doctors from underplaying them. Maybe they’re just throwing up their hands in the face of competing statistics, but more likely there’s some good old-fashioned paternalism at work.”

Paternalism that keeps our wives, sisters, and daughters in the dark — and puts them in harm’s way.