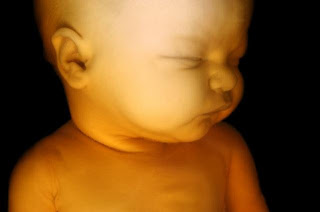 Over the past months, the horror perpetrated on women and babies at Women’s Medical Society in Philadelphia, and the sensational serial murder trial of its operator Kermit Gosnell, continue to be totally ignored by mainstream media. Are they afraid to cover the story?

This blackout is necessary because the liberal media knows that Gosnell is far from the exception and the abortion industry cannot survive scrutiny.

For the most part, only Fox News, local Philadelphia media and pro-life outlets like LifeNews, LifeSiteNews and JillStanek.com doggedly reported the gruesome testimony. This includes filth, unlicensed staff as young as 15 years old administering drugs or sonograms, Gosnell’s bizarre collection of severed baby parts, and drains clogged with baby remains and blood.

Even after complaints from his own staff and others, Gosnell was only busted in what authorities thought was a pill mill raid. Instead, they found a scene belonging in Saw or Texas Chainsaw Massacre.

The Gosnell House of Horrors was replete with dripping bloody bags and filthy worn-out medical equipment. It even had a deranged doctor
talking about his latest baby victimbeing “big enough to walk around with me or walk me to the bus stop.” More than 250 criminal counts. You could not write more sensational stuff for a horror movie, let alone the news.

Yet, day after day, even with the macabre testimony about midnight abortions, pretend doctors and the “beheading” of babies born alive, the reserved-for-media section of the courtroom remained almost vacant.

Columnist and political commentator Kirsten Powers, a Fox News contributor, was so appalled at the lack of coverage that she wrote a USA Today piece saying so. The firestorm that ensued, with liberals and feminists now claiming they had covered the story, had Powers writing another column:

So, the continued misleading claims that the trial has been widely covered are empirically false—as is Carmon’s claim on CNN Friday that the only reason anyone is talking about this is because of Fox News, always the left’s go-to scapegoat. Unless Fox News owns USA Today, I’m not sure what she is talking about. It’s remarkable how quickly a story of a trial about decapitated babies and maimed women was overshadowed by liberal rage at Fox News and the “conservative media” who allegedly were hypocrites because they hadn’t been covering it, either. (In fact, Fox News has run 11 stories over the course of the three-week trial, while The New York Times so far has run just one piece, on A-17, the day the trial began.

One reason floated for the abysmal coverage is that pro-life activists might distort the story and damage “women’s access.” How far journalism has fallen from “the people have a right to know.” Would one insane pulmonary surgeon who implants toy balloons for lung transplants endanger the entire surgical profession? Of course not.

I suggest that the real reason for a pro-choice media is that shoddy practitioners, abortion clinics, and regulators seem commonplace across the nation. Gosnell alone had 46 lawsuits, but continued to practice in broad daylight.

Covering Gosnell prompts the inevitable question, “Are there others?” Just this month, Planned Parenthood of Delaware suspended surgical abortions when filthy conditions became public. A  former employee said it was like a “medical twilight zone,” with an abortion practitioner who ogled and slapped patients, improperly cleaned instruments and more Gosnell-like deficiencies.

In December 2012, police in Muskegon, Michigan, accidentally discovered “filthy” and unsanitary conditions throughout Robert Alexander’s clinic, including “blood on the floor and walls in multiple locations.” Once again, not health inspectors but police investigating a reported break-in, stumbled upon the mess.

Alexander’s “care” for his facility was only exceeded by his care for women. He “perforated the woman’s uterus so badly that it was hanging on by two blood vessels,” wrote the OB/GYN who had to save her. “The decapitated head of a fetus was in the woman’s abdomen and the large intestine had been grasped and pulled away from its blood supply and into the vagina. The woman required a hysterectomy, colonoscopy, and several units of blood to save her life.”

Other “women’s reproductive healthcare professionals,” as Planned Parenthood and the abortion industry like to say, served 24-year-old Tonya Reaves, who bled to death at a Planned Parenthood in Chicago. A kindergarten teacher, 29-year-old Jennifer Morbelli from New Rochelle, New York, died at the hands of late-term abortionist LeRoy Carhart, caught on video describing a dying preborn baby as like “meat in a slow cooker.”

In fact, medical emergencies at abortion clinics are common enough that Operation Rescue has documented 23 nationwide just since the first of the year. But, as Planned Parenthood alone runs 173 surgical abortion clinics, it is logical that hundreds, even thousands, go unreported.

Babies born alive after botched abortions appear to be routinely murdered, left to die or helped along as in the case against Gosnell. ACLJ reports the CDC WONDER database reveals “that 362 infant deaths (i.e., first born alive) as a result of an attempted abortion have been reported in the most recently available 10-year period, 2001-2010.” Testimony alleges that Gosnell alone committed hundreds of post-birth abortion murders before he was accidentally discovered.

Although required by law, abortions performed on young girls who may be sexually abused or exploited often go unreported, leaving the girl at continued risk and her parents without the knowledge of what happened.  Suspected pimps, sex traffickers, and underage girls are coached by abortion clinic workers on how to fill out forms in such a way as to avoid reporting laws.

“Law enforcement and child protection services (CPS) in Kalamazoo, Michigan have declined to investigate at least ten cases of possible child-rape unreported by a local abortion clinic,” reports Catholic Exchange. Anne Norton, a pro-life sidewalk counselor, claims that she “witnessed an 11-year-old girl taken into  the [Planned Parenthood of South Central Michigan] abortion clinic for a pregnancy test, where she tested positive. Norton interviewed the girl’s mother, collected witness statements, sworn affidavits, and other evidence but authorities were reluctant to investigate the sexual assault and bring to justice the perpetrator of this heinous crime.”

Planned Parenthood Golden Gate (now defunct but soon to re-open) proudly posted a letter on its website from a 17-year-old girl thankful for its services throughout her short life. She recounted how, when she was 11, her 17-year-old boyfriend raped her. She stated that she decided to start having consensual sex at age 14 and got her birth control pills at PPGG. The letter was taken down when people began to ask if PPGG had ever reported the obvious crime.

Today, abortion clinics are more legally savvy about such public boasts, but Live Action says, “We have investigated Planned Parenthood’s failure to report child sexual abuse to law enforcement and have caught them on camera failing to properly report over 14 times.”

A Kansas affiliate of Planned Parenthood and abortionist failed to report 166 potential cases of child rape. However, after the felony case was derailed by then-governor, now HHS secretary Kathleen Sebelius, the attorney general prosecuting the case, Phill Kline, instead found himself in court defending his actions against charges of  impropriety brought upon by  Planned Parenthood’s attorneys. According to Kline, the charges were to “disgorge me of evidence against Planned Parenthood by their attorneys.”

With the Gosnell revelations and others, finally some (GOP) lawmakers are demanding answers. A letter sent by House Energy and Commerce Committee to states reads, in part, “Now we’re discovering that other big abortion businesses refuse to give medical treatment to babies who survive botched abortions and we’re finding out the truth from former pro-choice nurses who called their own Gosnell-like clinics ‘ridiculously unsafe’ where ‘meat-market style of assembly-line abortions’ happen.”

Tennessee congresswoman Marsha Blackburn explained, “Oversight and enforcement are desperately needed so we can help stop these Gosnell scenarios from continuing.”

Unfortunately, while that sentiment may be well intentioned, it is also misguided. Regulations have not stopped and will not stop more Gosnell horrors.

In that USAToday column, Powers wrote, “You don’t have to oppose abortion rights to find late-term abortion abhorrent or to find the Gosnell trial eminently newsworthy. This is not about being “pro-choice” or “pro-life.” It’s about basic human rights.”

Regulating abortion does no more to solve the horror than trying to regulate terrorism. It just brings more attention to it. In the end, grievous violence against the preborn innocent and their mothers must simply be eliminated.