Gosnell abortion horrors are only tip of the iceberg 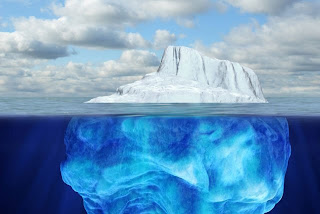 America awaits the verdict in the murder trial of abortionist Kermit Gosnell. What is still not making the news is that the Gosnell house of horrors is merely an unintended glimpse into the daily reality of the abortion industry.

What Gosnell was doing is no different than what happens in Planned Parenthood, NARAL Pro–Choice and other abortion clinics over 1.2 million times every year. It stems from the same mindset found in any abortuary in any building in any small town community or big city.


He named his house of horrors Women’s Medical Society. It sounded so nice and clean, almost alike a Victorian society of gentile women. That is all the Pennsylvania authorities and “pro-choicers” wanted to see.

In reality, Gosnell happily worked in foul conditions and was cavalier about death to the point of pathology. But, the abortions for which he is on trial, the murders that he committed, in the end are like any abortion—inflicting death on the most innocent for personal profit.
Gosnell just did not bother with fancy window dressing. In that sense, his operations were more honest than most: Abortion is a filthy business, a white-tiled shiny abortion chamber does not change that.

Death, deception and exploitation of women and young girls are standard operating procedure in a field that is in the business of killing preborn human beings for money. Why would abortionists not tell a girl to just flush an untimely birth down the toilet?


To do that job and live with yourself, you must either adopt the belief that a preborn baby is only potential excrement or assume that certain human beings lack the right not to be murdered. And, you must convince your customers of the same.

This sociopathology is now showing up in our children. And why would it not after 40 years of teaching our children to disregard and devalue life in order to promote legalized abortions?

We see it when we read that a 19-year-old high school girl found it acceptable to simply flush her own baby down the toilet at school and go about her day as if nothing unusual just happened.

We see it when we read about a 14-year-old junior high girl who did exactly the same. Sex means nothing to these children, so why should a child?

Ron Taffel, in “The Wall of Silence: Reinventing Therapy to Reach the New Teens (Psychotherapy Networker, May/June 2001), relates this story:

“Margaret was …  proud of being the kind of with-it mother a girl could really talk to about what it was like to be young and exploring life… .  Margaret’s dreamy vision of mutual trust and openness exploded the day she came home unexpectedly to find her [14-year-old] daughter in the bathtub having sex with two boys. Shrieking, she got the boys dressed and out of the house. Then, she confronted her daughter.

Adding insult to injury, Lauren protested that the whole incident had been entirely innocent and her mother’s mean-spirited suspicions unwarranted. “You must have been imagining we were having sex because your parents were so strict and you were wild as a kid,” she said. “Besides, there were bubbles in the tub—how could you know what was really going on?”

For a brief moment, Margaret nearly fell for it—was it possible she had gotten it wrong? Then, furious anew, she asked, “What do you think I am—a damn fool?”

That was over a decade ago and the trend has only accelerated. Why?

“Sexuality education is a lifelong process of acquiring information and forming attitudes, beliefs, and values,” states the Sexuality Information and Education Council of the United States. SIECUS is used as an accrediting organization for sex educators in K-12 schools.

What sort of attitudes, beliefs, and values does SIECUS and the sex education industry instill?
Concerned Women for America quotes SIECUS: “The primary goal of SIECUS, according to [co-founder Dr. Mary S. Calderone], is to teach human sexuality ‘very broadly and deeply with awareness of the vital importance of infant and childhood sexuality.’” SIECUS believes a child’s sexuality should ‘be developed in the same way as the child’s inborn human capacity to talk or to walk, and that [the parents’] role should relate only [emphasis added] to teaching the child the appropriateness of privacy, place, and person—in a word, socialization.’”

Does “develop” sexuality and limiting the parents’ rights sound like anything to do with protecting children from sexualization and exploitation?

Calderone is the former medical director for the Planned Parenthood Federation of America. The major funder for SIECUS is our government—a division of the National Institutes of Health. Some things never change.

We have allowed our government to use billions of our tax dollars over the decades to fund the very people who teach our children to believe that sex is essential and recreational at any age. A baby who results is not human, but a disease to be eradicated. Discard him in the toilet, trash can or medical bag. It makes no difference.

And then we are shocked when youngsters display the very attitude that allows the Gosnells and the Planned Parenthoods of the world to exist? Gosnell is only the tip of this cultural iceberg the USS Titanic is heading toward at full speed.

We contract with abortion providers like Planned Parenthood to go into our schools and promote grotesque beliefs to our children under the mantel of diversity and healthy sex choices. Obamacare earmarks $350 million tax dollars to fund “comprehensive” sex education, which instills an amoral view of sex in schoolchildren.

Perhaps we are all damn fools.