IRS, Benghazi, and AP scandals are poison to the democratic process 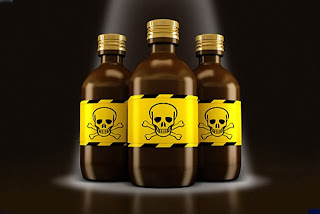 Just as the IRS, Benghazi, and Associated Press scandals seem to be spinning beyond the control of the White House, there is yet another revelation: Fox News Channel reporter James Rosen was named as a criminal co-conspirator by the FBI in 2009. Rosen, who is Fox News’ chief Washington correspondent, had published a story about North Korea that year.

One can only wonder if the timing of this latest revelation is a warning shot to news media outlets that finally seem interested in providing some substantive coverage of these scandals. But no one should wonder whether the IRS targeting of conservative groups was merely a “rogue” operation.


As the Daily Caller reports, “[M]any prominent Democrats — including Montana Sen. Max Baucus, Americans United for the Separation of Church and State, and the New York Times editorial board — had been publicly calling for tighter restrictions on 501(c)(4) groups affiliated with the [T]ea [P]arty and conservatives.

“Last year, Schumer, along with Democratic Sens. Michael Bennet, Sheldon Whitehouse, Jeff Merkley, Tom Udall, Jeanne Shaheen and Al Franken, penned a letter calling on the agency to cap the amount of the political spending by groups masquerading as ‘social welfare organizations.’”
Even if this concern was justified, it does nothing to explain why only conservative groups were put on the IRS “Be on the Lookout” list, an alert put out by law enforcement when a crime has been committed.

This is far more serious than harassment. These delays were not just intimidation; government literally choked the opposition’s ability to raise funds to get its message out.


The Rosen revelation follows the disclosure that the Obama administration also tapped the phones of as many as 100 AP reporters in another “national security” investigation, including the general phone lines for AP bureaus in New York City; Hartford, Connecticut; and Washington, DC; along with a line for AP reporters in Congress.

This adds to growing worries that the administration is willing to abuse the power of many of its agencies and departments in order to stifle whistleblowers, political dissent, and now even the press.

Obama’s war on Fox News is no longer news: Team Obama consistently tries to marginalize the dominant conservative cable news outlet by referring to it as “opinion journalism masquerading as news,” “unpatriotic”, and not a “legitimate” news source. Fox gets frozen out of interviews and allowed to ask few questions, compared to ABC and other media outlets.

A recent Pew Research Study found MSNBC “by far the most opinionated” news outlet, with barely 15 percent of its programming described as “factual reporting” ― one-third the amount Pew reported for Fox News. Yet, neither Obama nor his proxies have cast any similar dispersions on that outlet.

The anxiety is not just about the White House possibly attempting to suppress the big boys like Fox News or AP.

The Blaze reports, “Before the 2012 presidential election, a St. Louis anchor of KMOV-TV was granted an interview with President Obama. Many were surprised when Larry Conners got straight to the issues, confronting the president about his lavish vacations while others are cutting back.”

Conners initially brushed off the sudden interest that the IRS showed. Now, after the IRS scandal, he recently posted on his Facebook page, “I don’t accept ‘conspiracy theories,’ but I do know that almost immediately after the interview, the IRS started hammering me.”

In addition to the hundreds of politically conservative groups the IRS admits targeting, similar stories are emerging from pro-life and pro-family groups. One pro-life group received an IRS letter demanding that it submit a letter to the agency signed by its entire board, stating that “… under perjury of the law, they do not picket/protest or organize groups to picket or protest outside of Planned Parenthood.”

Sarah Hall Ingram, former commissioner of the IRS Tax-Exempt and Government Entities Division that targeted Tea Party and other organizations, now heads up the IRS division that enforces Obamacare, which, in its annual report, Planned Parenthood proclaims it helped “shape.” Obama is a militantly pro-abortion president closely tied to Planned Parenthood.

Today, the LA Times reported that Lois Lerner, current head of that IRS unit, will invoke the Fifth Amendment and refuse to answer questions from Congress this Wednesday.

Is all of this mere coincidence?

National Organization for Marriage reports that confidential information from its federal tax returns ended up with gay lobby Human Rights Campaign, which then was released by the Obama campaign to bash Romney’s support of marriage. NOM found the released returns carried markings used internally by the IRS.

According to Brian Brown, president of NOM, “HRC’s president at the time was serving as a Co-Chair of President Obama’s re-election campaign. This is a chilling set of circumstances that should ring alarm bells across the nation.”

When freedom of speech and press rights are abridged in the name of “national security,” that should always be a caution flag to liberals and conservatives alike.

Chief Justice John Marshall warned almost 200 years ago, “the power to tax involves the power to destroy.” Individual citizens and organizations who represent the opposition have been selectively targeted by the IRS, the most powerful and feared agency of the government. It is time for danger klaxons, sirens, and fiercely flashing lights.

“Although elections are part of the democratic process, they are never a substitute for it,” said Natan Sharansky, a distinguished fellow at the Shalem Center in Israel.

Fast and Furious, AP, Rosen, Benghazi, IRS: These scandals are a symptom of the poison now running through the veins of our elected government. When a society is poisoned or radicalized, democratic processes and tyranny can become indistinguishable.

The only antidote is truth and transparency ― something that seems increasingly in short supply.