Note to Obama: God will not bless evil...or Planned Parenthood

Note to Obama: God will not bless evil...or Planned Parenthood. 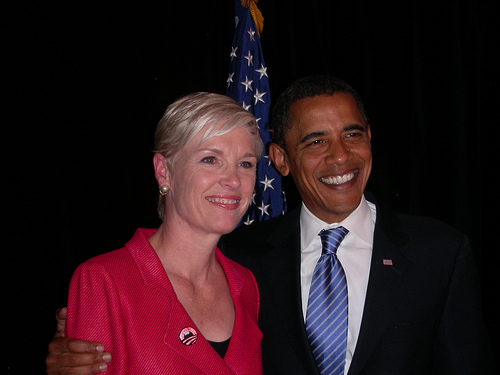 Planned Parenthood, the sex-industry chain that commits more abortions (over 330,000 baby deaths last year alone) than any other legalized murder-store in America, has defrauded the government, protected child rapists, coached pimps and sex traffickers how to get around the law, and continues to be one of the largest purveyors of pornographic sex ed in the world. Its Pennsyulvania affiliate even knew of, but did not report, the Gosnell abortion horrors, which included severed baby feet, infant beheadings, and drains clogged with fetal remains.

So, if you are the first sitting president in history to address Planned Parenthood at its national conference—an organization founded by Margaret Sanger, a racist and eugenics promoter of The Negro Project meant to eliminate “human weeds” like the poor, minorities, and undesirables in general—what do you say? If you are Barack Obama, you say, “Thank you, Planned Parenthood. God bless you.”

Obama turns back the clock

The Christian Post reported that Obama went on to claim, “After decades of progress, there’s still those who want to turn back the clock to policies more suited to the 1950s than the 21st century. And they’ve been involved in an orchestrated and historic effort to roll back basic rights when it comes to women’s health.”

Somehow, Obama forgot to mention the jaw-dropping testimony of Planned Parenthood representative Alisa LaPolt Snow. She testified against a bill in Florida that says a child who survives a late-term abortion and is born alive  should get medical attention. Snow maintained that even after birth, the child’s fate is a woman’s right to choose.

But, of course, as a state senator in Indiana, Obama himself voted four times against protecting babies born alive from botched abortions: They could be left to die on the table—a post-birth abortion.
Therefore, it is Obama who wants to turn back the clock to a time when an unwanted baby, like property, could be set adrift on the floating ice, left for wild animals to consume, or given into slavery. Or, just left to die.

According to two newspapers, Planned Parenthood’s sex ed for children is too “shocking” and “graphic” even for adults. The New York Times and Washington Post both refused advertisements that depicted the cartoons intended for children as young as ten years of age—cartoons shown as part of a program paid for with taxpayer dollars.

PP starts by saturating children in kindergarten with the idea that sex anytime, anywhere, and with anyone is normal and desirable. PP teaches children to act like there is no limit or morality to sexual pleasure; the only danger is conceiving a child.

In his speech at PP’s annual conference on April 26, Obama’s praise overflowed: “You are somebody that women—young women, old women, women in between—count on for so many important services. And we are truly grateful to you.”

How is helping women kill their children, sexualizing children for profit, leaving newborn babies to die on a table, and facilitating child predators all something of pride to Obama—something for which anyone could be grateful?  That God would bless?

He calls these abominations choice, diversity, and comprehensive sex education.  It gets him votes.  Then, Obama slops hundreds of millions of taxpayer dollars into the Planned Parenthood pigsty.
Jesus said, “Suffer little children, and forbid them not, to come unto me: for of such is the kingdom of heaven.” (Mt 19:14)  So, just what vile act does Obama think God would bless?  Obama may be sincere in his delusion about the some imagined “good” of Planned Parenthood, but it is still a vile delusion.

“I want to know that you’ve also got a president who’s going to be right there with you, fighting every step of the way,” Obama told the Planned Parenthood crowd.